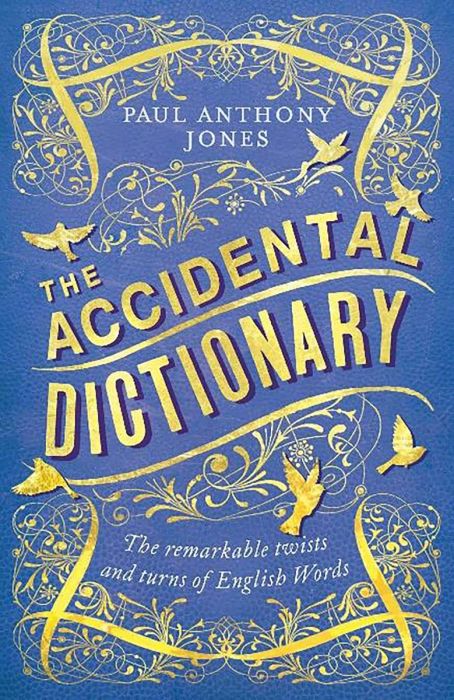 The Accidental Dictionary: The Remarkable Twists and Turns of English Words

The Accidental Dictionary: The Remarkable Twists and Turns of English Words by Paul Anthony Jones

How well do you know your words?

A cloud was a rock

Our everyday language is full of surprises; its origins are stranger than you might think. Any word might be knocked and buffeted, subjected to twists and turns, expansions and contractions, happy and unhappy accidents. There are intriguing tales behind even the most familiar terms, and they can say as much about the present as they do the past.

Busking, for instance, originally meant piracy. Grin meant to snarl. A bimbo was a man, nice meant ignorant, glamour was magic and a cupboard was a table...

Focusing on 100 surprising threads in the evolution of English, The Accidental Dictionary reveals the etymological origins and quirky developments that have led to the meanings we take for granted today. It is a weird and wonderful journey into words.

So, let's revel in its randomness and delight in its diversity - our dictionary is indeed accidental.

The Accidental Dictionary: The Remarkable Twists and Turns of English Words - About the Author