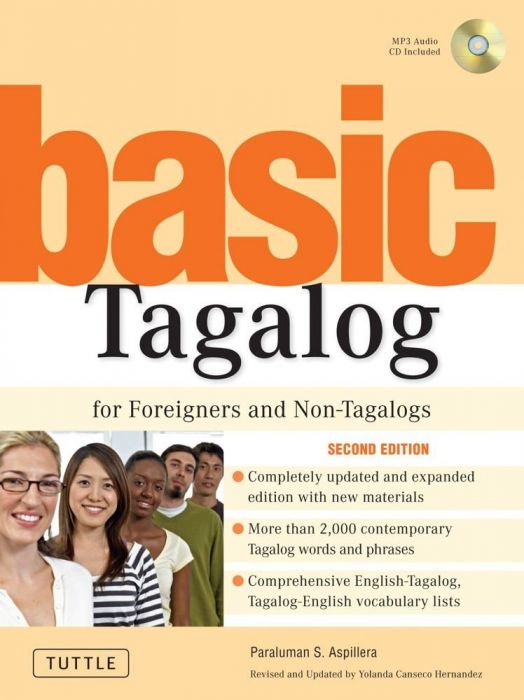 The current edition of a book that's been popular and effective for decades! Basic Tagalog for Foreigners and Non-Tagalogs presents more than 2,000 contemporary Tagalog words and expressions, plus comprehensive English-Tagalog and Tagalog-English vocabulary lists. The expanded and updated materials here give all learners a better understanding of the richness of this language and of Filipino society.

Aspillera's tried-and-true teaching method has proven to be extremely effective for tens of thousands of foreigners and non-Tagalogs, including many who have successfully learned to speak and write Tagalog through independent study without a teacher.

An audio CD helps you perfect your pronunciation. Each lesson uses a 2-step method:

Step 2: Exercises: an opportunity for you to practice the lesson's key points.

The lessons are intended for a three-month period of intensive self study of at least two hours per day and another three months of applied oral communication. In six months, it is expected that an average learner should be able to speak, write and understand simple, everyday conversational Tagalog as spoken by most Filipinos.

Basic Tagalog for Foreigners and Non-Tagalogs, Second Edition - About the Author(s)

Paraluman Aspillera, author, teacher, and newspaper journalist, specialized in the teaching of English and Tagalog. She was director of the Institute of Filipino Language and Culture at Philippine Women's University and a professor of Pilipino and Philippine Literature at the Institute of Asian Studies, University of the Philippines. She wrote the popular daily column "Your Tagalog Column," which appeared in the Manila Times, and authored many books and articles in both English and Tagalog. Mrs. Aspillera dedicated herself to promoting the national language and culture of her country through extensive travel in North America, Europe, and Asia, and served as executive secretary and director of the UNESCO-sponsored Akademya ng Wikang Pilipino.

Yolanda Canseco Hernandes holds a Master of Arts in English and a B.A. in Literature in Journalism. She was a mentor for more than 10 years at the Philippine Women's University and also taught at the Institute of Filipino Language and Culture. 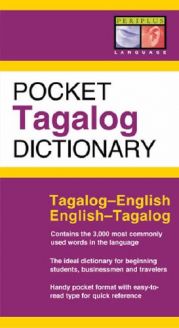 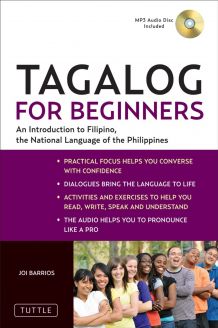 Tagalog for Beginners: An Introduction to Filipino, the National Language of the Philippines (TUT075)
$22.95
Write Your Own Review
Only registered users can write reviews. Please Sign in or create an account
Related Products

Tagalog for Beginners: An Introduction to Filipino, the National Language of the Philippines (TUT075)
$22.95