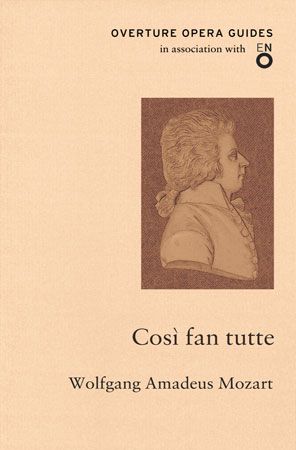 Following the great successes of Le nozze di Figaro and Don Giovanni, Così fan tutte was the last of the three operas that Mozart wrote with the librettist Lorenzo Da Ponte. Although well received at its premiere in Vienna in 1790, it was then largely neglected until the mid-twentieth century. Its comic, but deeply felt portrayal of the foibles of young people in love has since become recognized as perhaps the most sophisticated and perfect of all Mozart’s operas.

This guide contains articles that describe the genesis of the opera and the circumstances surrounding its first performances, a musical commentary which takes the reader through the opera’s main themes and an overview of the ways in which it fell out of favour in the nineteenth century. A detailed description of its more recent performance history reflects how the work has now established a secure position in the repertory of opera houses throughout the world. The guide also includes sixteen pages of illustrations, a musical thematic guide, the full libretto with English translation, a discography, bibliography and DVD and website guides.

‘Neat little volumes they are, handy for carrying around, clearly printed and well set-out, complete with libretto and translation, discography and a generous selection of illustrations.’ Gramophone

'The jolliest of bargains.' The Musical Times

'Marvellous... the best books of their kind.' Hugh Canning

‘The first thing noticeable about these initial items in the revamped Opera Guides series... is how much more solid and attractive these volumes are compared with the old ones. Production values are up, with more appealing design, clearer print and much better paper, making these books altogether more shelf-worthy.’ 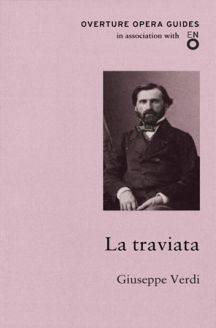